Looking forward to meeting you at LINQ 2019! 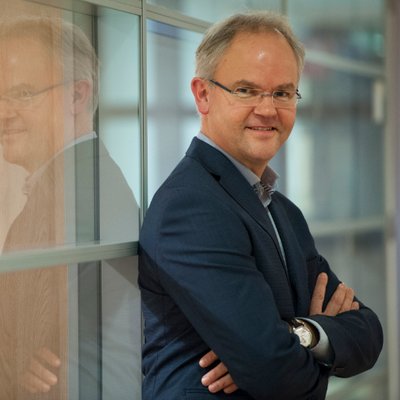 “Innovative School Education: How we have established the Agora and Niekée Schools”

Innovative school education requires a long-term vision and strong strategy. We have designed a learner-centered philosophy and environment and developed an approach where teachers can work as a team on realisation of that vision. Finally, we could establish a network of public schools with new opportunities for pupils to identify their own interests and build their competences. That is always discussed and agreed with the teachers that are taking the role of mentors and coaches for the pupils in the Agora and Niekée schools. The keynote will introduce our concepts and achieved results that are over-performing other schools in the region.

Since 2002 Jan Fasen has been a principle of several schools for secondary education, Connect College in Echt en Mundium College in Roermond. He’s a teacher also in social science and philosophy. His major work consists of transforming the educational system of his schools. From 2013 until 2015, he was project leader of a great transforming process in ten schools in the Netherlands.

He is also founder of Agora, a totally new alternative in organizing self-regulated learning for kids and self-organizing work of teachers. This concept is very successful already in the Netherlands. Many colleagues, from the Netherlands and abroad, are inspired by his work. Agora is an Ashoka changemaker school since 2016.

Jan Fasen is member of several national and international networks. He is a keynote speaker about reforming education and the importance of leadership in that process.

Have a look on the LINQ history!
And download the LINQ 2017 Proceedings